I started this WIP back in NaNoWriMo of 2018 and the writing was so tough for me. It was a busy month, I got sick, and there was no energy for drafting something branch new. It made me decide this circus story of mine wasn’t worth the time of day. Now, with some time and distance I’m falling back in love with LEAP OF FAITH and I’m especially excited to share the blurb I wrote for the site.

Zora Novak isn’t ready to return to her family’s flying trapeze act, but out of work and needing the capital to open her own gym, she doesn’t see another option. She spent her childhood on and off a trapeze bar, but after her brother fell to his death during an act, the thought of getting in the ring again leaves her cold. To make matters worse, her ex-boyfriend is now managing Circo Parisi, and it’s clear he’s noticed her fear of heights.

Aiden wants to keep the floundering circus where they grew up afloat, and with his mother too
injured to perform and profits falling, he doesn’t need the distraction of Zora in his life. He’d avoid her, and the inconvenient feelings she stirs in him, but it seems they need each other for a new act.

Close quarters under the big top remind Aiden and Zora that, as teens, there was real affection between them. Ten years have passed, but the attraction remains. With Zora bent on leaving again, and Aiden already burned from the last time she took off, it will be the show of a lifetime pretending they aren’t falling (back) in love.

If you want to see my Pinterest board for this book or the mood board I made from it, check out my WIP page.

Here’s a quick review of the book To Wed a Wicked Earl by Olivia Parker. I was craving a marriage of convenience story where the hero has loved the heroine for a long time, and this scratched the itch very well.

To Wed a Wicked Earl by Olivia Parker
My rating: 4 of 5 stars

I really loved the chemistry and emotion between Rothbury and Charlotte. Honestly that’s what made the entire book. There were a few things that kept this from being even better. The plot happens to be a lot of hijinks that don’t connect all that well. As much as I loved how the characters handled everything and their love grew, the actual plot felt silly, especially towards the end. Also I felt it was lacking an explanation of why Rothbury loved Charlotte for years. Obviously there doesn’t need to be an explaination of why love happens, because we love who we love, but I wanted to see some moment in their past that engendered those feelings. My last little qualm was that, especially at the start of the story, the timeline was confusing. For example, Rothbury and Charlotte agree to be friends, then in the next chapter she’s breaking into his room saying they’ve been friends for month, have talked, planned etc. and we barely know anything about it. It was discombobulating. But still, a great pining romance can make me ignore a lot of flaws and I really adored Rothbury’s somewhat unrequited love.

View all my reviews

It Started With YA…

It’s been an age since I actually updated this blog with anything related to my writing path. The last year has been…a journey. I think from last summer to this summer could be called the year of the pivot. This time last year I had just begun querying a YA Fantasy manuscript I called COBWEBS AND SILVER and prepping to enter it into Pitch Wars.

Long story short, none of that panned out. I made any number of query mistakes. Somehow still garnered a fair number of requests, which lead to rejections. Made a last ditch effort to revise it as Adult Fantasy Romance (because the manuscript had always been on the line), got two more requests and…that’s where everything stalls. I never heard from those last two (at least not yet) and I’ve effectively shelved C&S.

Then in November of last year for NaNoWriMo (also known as the only time of year I seem to be able to accomplish things) I drafted a Contemporary Romance. I fell really in love with this story and the characters right away. Saying it felt different seems cliche, but I felt different writing it. I’ve been more of a Romance reader than Fantasy my entire life so writing it felt comfortable and like I could express my voice in a way I hadn’t been.

I revised what I now call RIGHT ON CUE for Camp NaNoWriMo in April (including adding 20k more words or so). Then got beta feedback which was…good. Really good I think. People seemed to respond to the way I was pitching it.

I entered the first chapter and a half into the Cleveland Rocks Romance contest, from the Northeast Ohio chapter of RWA, and was totally floored to be announced a  finalist. I don’t even need to win, I’m already completely honored. I wanted to enter every contest I could find and see if my luck would hold up.

Next Comes a Membership…

I joined the Romance Writer’s of America (RWA) sometime early this year when I decided I was getting serious about RIGHT ON CUE and I wanted their learning opportunities. It’s hard to say what my membership fee has gotten me exactly, and I have yet to attend a local chapter meeting like I planned (I work weekends so it’s tough), but it’s doing one thing for me- I’m traveling this year.

This September I’m registered to attend a romance writer’s conference with a chapter in Houston where the amazing author Elizabeth Hoyt will be speaking. Then in October I hope to attend my online Contemporary Romance Writer’s chapter retreat in upstate New York. I’ve never flown alone, and I would be flying, taking a shuttle, and a train, and then a taxi to get there by myself. I’m completely intimidated but super excited for the opportunity. It’s not booked yet but fingers crossed it works out.

Now I’m Back Where I Started…

Just over a year from when I began querying my first manuscript, I’m putting the finishing touches on RIGHT ON CUE, and getting ready to take it into the world. I’m also planning to enter it into Pitch Wars this month.

It feels so much like the same place I was a year ago and yet as a writer I’ve changed completely and my focus is entirely different. I’m made so many friends in the last year who write, I have people I can go to with questions or for feedback, and I feel like I’ll be going into querying with 1000x’s the confidence I had in 2017. I don’t know if that will be the magic formula that gets RIGHT ON CUE onto shelves, but I’m doing what I can.

In the meantime, I’m planning who I would be as a romance writer, already plotting my next romance for NaNoWriMo, and realizing I have no clue what the next year will bring.

I’m a children’s librarian at a public library, which means I spend my day reading picture books, doing storytime, helping people use the computers, and any number of random things that come up. People think being a librarian means sitting somewhere very quiet and maybe reading but that is not the case! My job is often noisy and stressful but I love what I do. In a given week I help people apply for jobs, teach STEAM programs to children, give reading suggestions, and clean up messes.

For fun I read, watch TV, go to live shows when I can, eat with friends, do pub trivia, spin yarn or knit, and my boyfriend and I are building a witchy dollhouse. 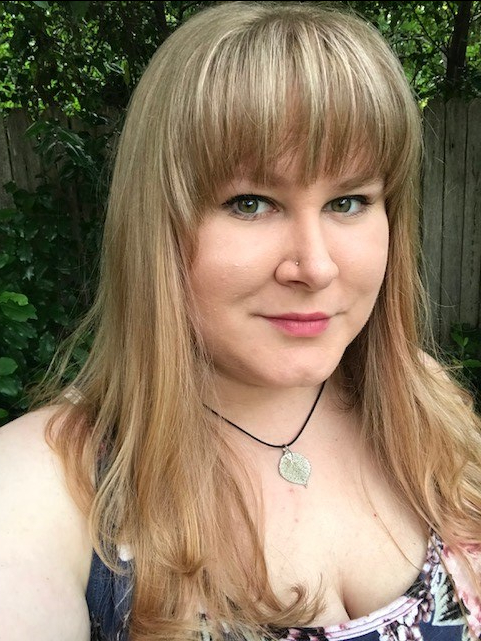 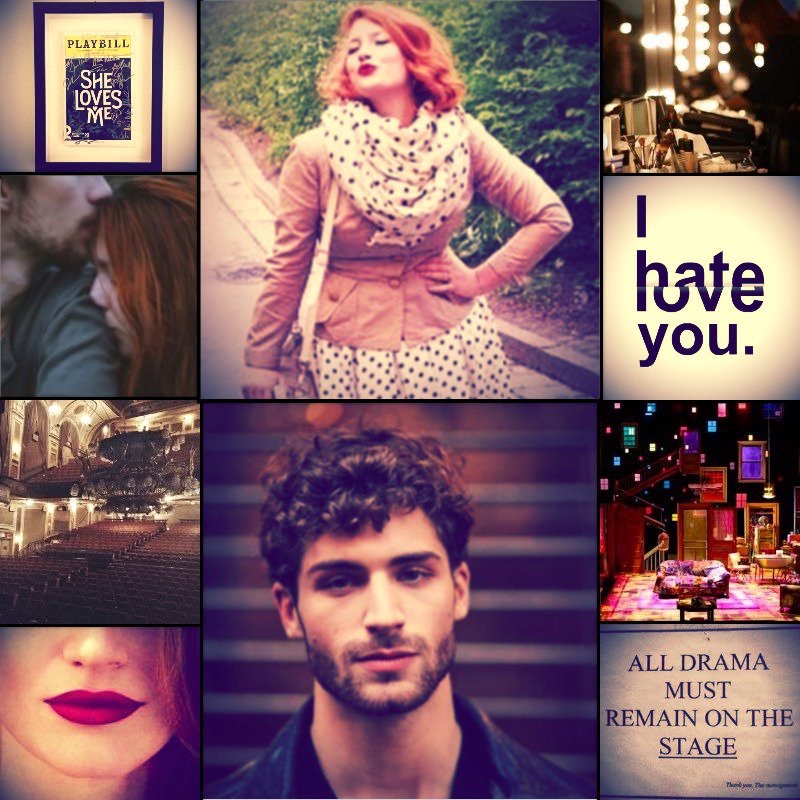 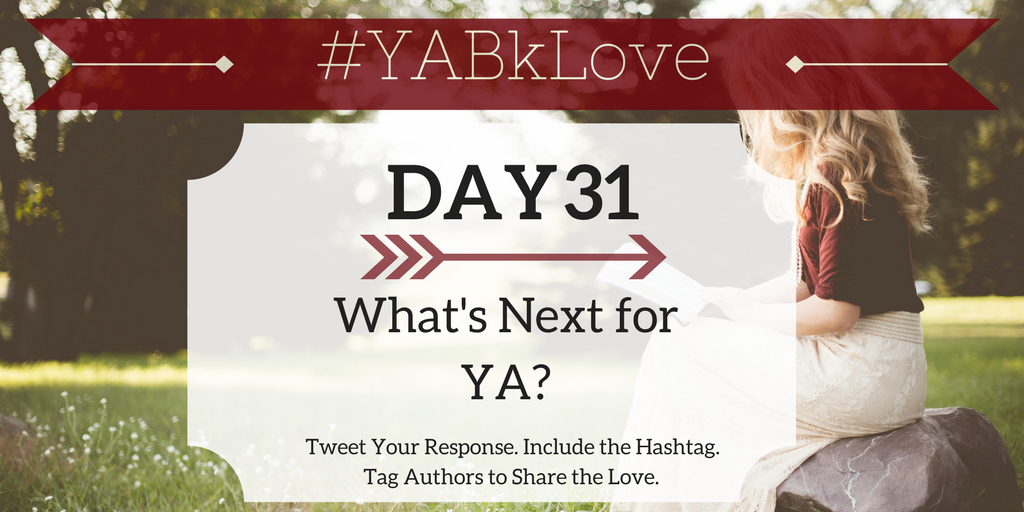 Today isn’t so much about sharing books as it is about sharing thoughts. What do you think is coming in the future of the YA genre? What changes do you think will happen or should happen? Do you think different types of books will be published? What things would you like to see? This is an open forum to whatever you want to see happen for YA in the next, let’s say, 5 years.

Also, thank you to everyone who has participated in #YABkLove this month! 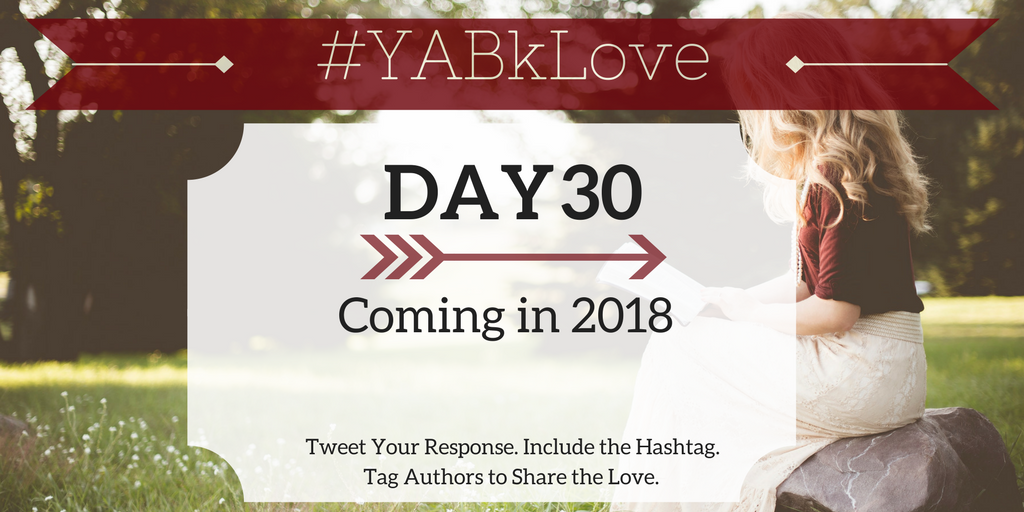 It is only halfway through 2017, but are there any releases for 2018 that you are already anticipating? Perhaps it is a sequel to something you’ve read or a debut you’ve been hearing buzz about. Share what 2018 releases you know about so everyone can start looking forward to them as well! 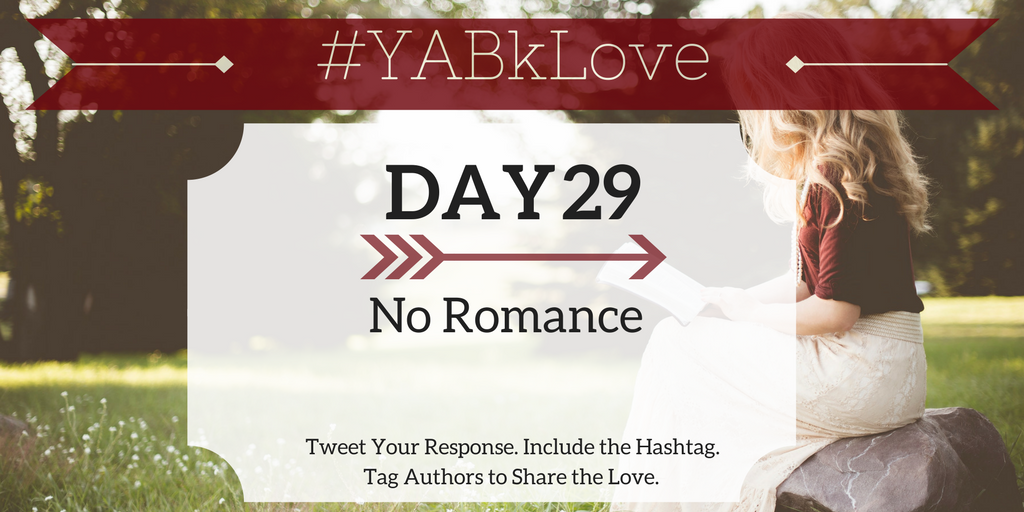 Not everyone is like me and loves romance subplots in all their books, so today let’s focus on books that leave out romance all together. What books are great without any romance at all? 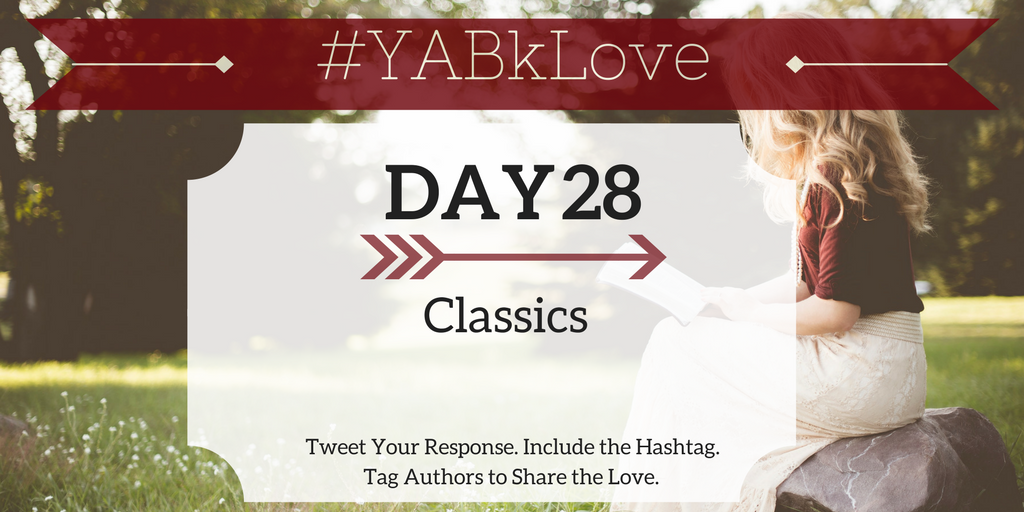 Here is where you can break away from strictly YA. Anything you think can be considered a classic that would be enjoyed by the YA crowd counts for this one. That includes modern classics. What classics do you adore that you loved as a teen? 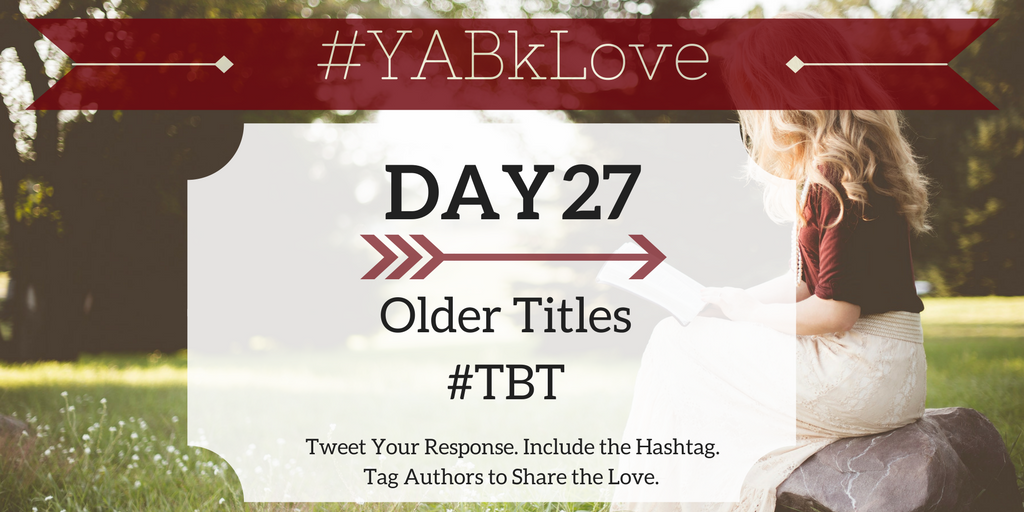 For today, I’d like to see titles that you read more than 5 years ago, maybe more than 7 years ago, that are still worth attention. In the library world, teen books start being considered obsolete after 5 years unless they are actively circulating, so what books would be past that time but still worth a read? You can go even older than that if you can think of some.

For some of this, that won’t be hard because 5-7 years ago doesn’t feel that long. For perspective, I read Twilight 10 years ago.

For me, one of the oldest YA series I remember reading was the Sweep series by Cate Tiernan. Were they good? I don’t even recall. I just know in high school I loved all things witches and I read them all, and they were super short. 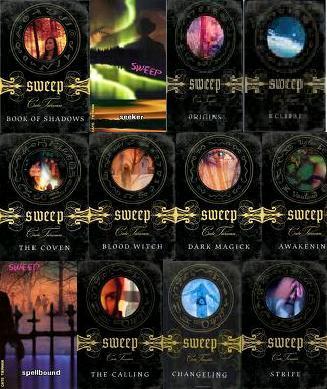 Also towards the end of high school I read the House of Night series by P.C. Cast. I still see these check out at the library. 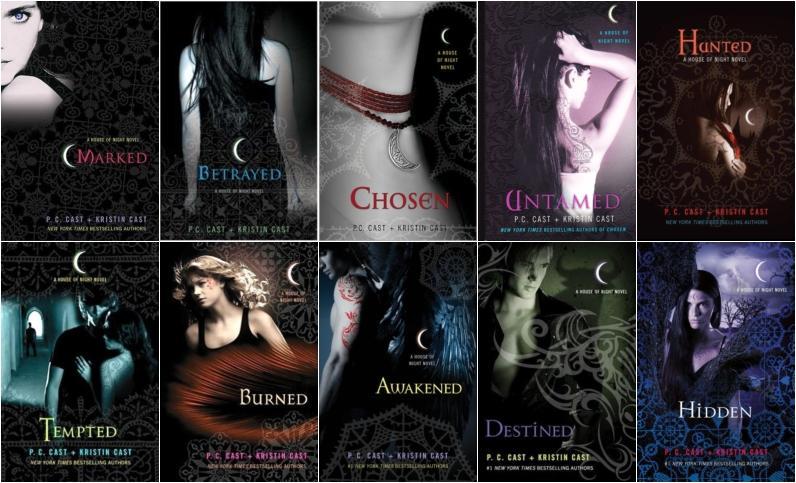 What are your throw back titles? 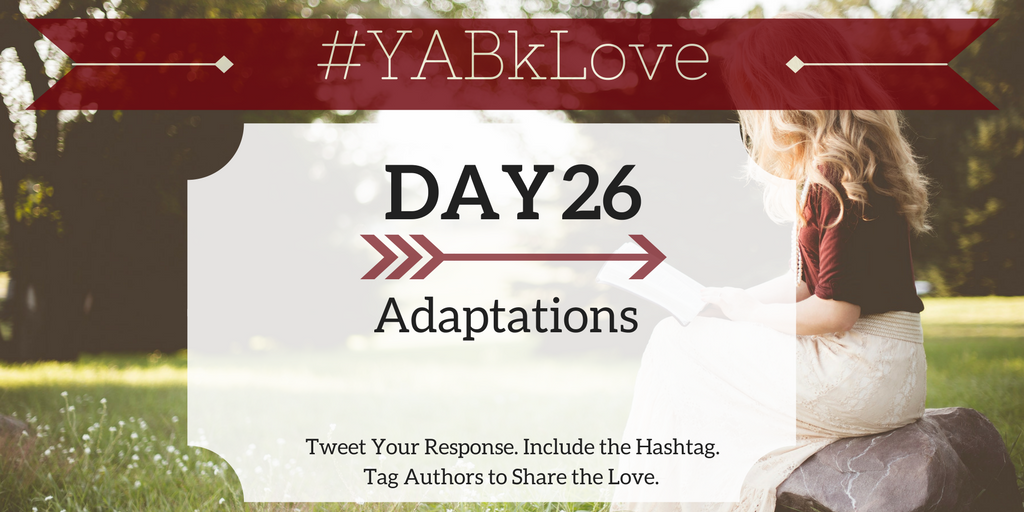 It is day 26 and we have finally made it to my wheelhouse: adaptations! Let’s talk updated versions of fairy tales, myths, retold classics, folklore, etc. This was a huge trend about a year to three years ago but it is dying off now (you know, just as I finished my own fairy tale retelling manuscript). I still love them and I think there are some great ones to talk about.

Here are some of my favorites: 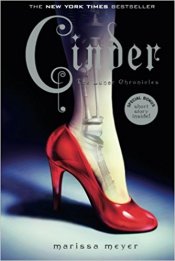 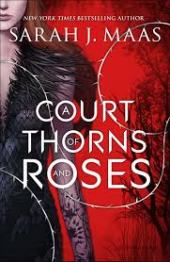 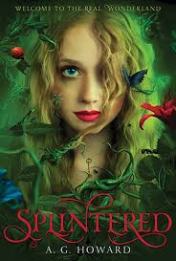 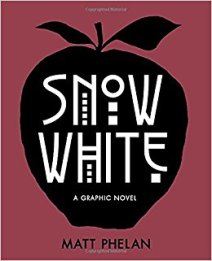